The family of Israel is settling into their new home in Egypt, in the land of Goshen, and they have the Pharaoh's favor. They're some of the only shepherds in the land, and are living prosperously—and, of course, it helps that Joseph is so prominent in the house of Pharaoh.

And they all live happily ever after.

Heh. If only—but though fairy tales contain a lot of truth, the endings to the stories we live out don't always wrap up so cleanly.

While Joseph is alive, he and his father and brothers prosper. And for many years afterwards, the Israelites continue to multiply and grow in strength. God is blessing his chosen people, and he's fulfilling his promise to make Abraham a great nation.

Unfortunately, Joseph (like most humans) dies. And so does his favor in the eyes of the Egyptians.

Four hundred years after Joseph's death, the Israelites have grown enough to rival the strength of the Egyptians. The old Pharaoh has come and gone, and been replaced by a handful of successors—and they haven't been so kind. Instead of honoring the Israelites, as they had promised to do, the Egyptians have enslaved them, treating them with cruelty and exploitation. As if that wasn't enough, Pharaoh has even passed a law ordering that all Israelite baby boys are to be killed—murdered, thrown into the Nile, to curb the ever-growing population.

It doesn't look good for the people of Israel. And that's an understatement.

Enter Moses. Moses is one of those Israelite baby boys, who was ordered to be killed. Fortunately for him, his parents risk everything to keep him alive, hiding him in their house; when that's not enough, and his infant wailing becomes too loud, they place him in a woven basket and float him down the Nile river. Providentially, the very daughter of the Pharaoh finds the basket and adopts the child as her own, and Moses's life is saved.

Moses sees the enslavement and cruelty of God's people, and sees how wrong it is. One day, he lashes out at one of the slave masters, accidentally killing the man—to an unfortunate effect, as the act wasn't as secret as he'd thought. To avoid the law's retribution, he flees Egypt, going up to live in the country of Midian.

In Midian, he meets a family, and protects the daughters from some shepherds. The father takes him in, and he works for him, eventually marrying one of the daughters. And he lives for a while, and is happy.

Then he sees a bush. It's on fire, but it's not crumbling into ash.

Naturally, Moses investigates, and God reveals himself to him. The holiness of God shows itself in a burning flame, and Moses hears his words with fear.

God commands Moses to return to Egypt. To speak to Pharaoh, and to order him to release the children of Israel and allow them to depart. The Israelites have suffered under Pharaoh's jurisdiction long enough, and God has heard their cries for help.

Well, God is patient with us, isn't he? He allows Aaron, Moses's brother, to accompany him, and help him. And Moses and Aaron return to Pharaoh and give him God's ultimatum: "Let my people go." With those famous words, they set the stage for the next few chapters of the book of Exodus. And they tell Pharaoh exactly what God commands of him.

Pharaoh doesn't listen. Doesn't even give it a passing thought. Of course he isn't going to free all his slaves—there's no reason for him to.

But God is going to free his people. And so, the plagues come.

The first plague comes after the first time Pharaoh refuses the call. It's blood; every drop of water in Egypt turns to blood, and none of it is drinkable. But Pharaoh doesn't repent, and so nine more plagues follow.

Frogs, gnats, the death of livestock, illness, boils, hail storms, locusts, and darkness; the next eight are a huge blow to the power of Egypt. God asserts his power in tangible ways that should make every observer marvel. But Pharaoh still does not repent—his heart is hard, and he stubbornly refuses to yield to the power of the Almighty.

But the last plague is too hard for even Pharaoh to resist: every firstborn son in Egypt, every heir, dies.
This is devastating. And through it, God shows not only his power but also his mercy by instituting the most sacred and enduring statute of the Israelites: Passover.

You see, God loves his people. He wants to show them his love, and so he makes a way for their firstborn sons to live. "Take a lamb," he has Moses instruct them, "a firstborn lamb, spotless and pure. Then kill it, and paint the blood on your doorposts, so that when the Lord goes through in judgement, he will pass over the houses of those who love him."

So the children of Israel do as commanded. And then they wait.

The mourning sounds start up that evening. All the firstborn children have died, just as the Lord had promised. Pharaoh summons Moses and Aaron—the first time he's wanted to see them—and practically throws them out. "Go out from among my people," he orders; "take your flocks and your herds and be gone." He has had enough.

And so, the Israelites are free. The next chapter of their journey has just begun.

(One note: the firstborn sacrificial lamb, spotless and pure, that I mentioned earlier? That's some more foreshadowing. Just so you know.) 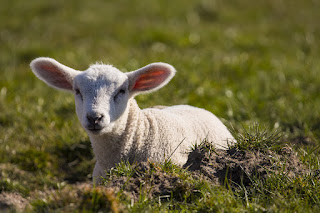 Popular posts from this blog

January 20, 2022
Hello, everyone!  My name's Emma Thrasher. I'm a bookworm, writer, tea addict, and Tolkien fanatic, but most importantly I'm a princess of the King of the universe, the Maker of heaven and earth. I'm writing this because I want my words to bring glory to the kingdom of God, and to bless my brothers and sisters in Christ in any tiny way that I can.  All this talk about myself has me wondering about identity. If you were asked to describe yourself, maybe in a job interview, what would you say? Your name and age, maybe a couple hobbies. That's what my mind jumped to. Or, in our identity-oriented culture, you might mention your political or socio-economic leanings, or your educational level. And while those are all things that make up who you are, they aren't the core.  The core of who you are is defined by your worldview. What do you believe about God? What do you believe about man? What about truth? Marriage? Justice? Love? Is there any purpose to life, or are we
Read more

Trusting in God when the World Goes Crazy

February 28, 2022
So, the world's in a bit of a muddle right now, in case you haven't noticed.  At the time I'm writing this, Russia has invaded Ukraine . This is one of the first acts of outright war that I've seen in my (admittedly quite short) life so far, and it's leaving me and my friends and family shaken. And it just seems like the cherry on top of what's been an absolute roller coaster of the past few years—the Covid-19 pandemic is obviously prominent in everybody's minds, but there have been an unprecedentedly large number of personal crises in my own life, too.  And I'm not alone. So many of us right now are wondering: what do we do? Why is this happening? Where is our stability? We've seen events that shook the globe, and events that have shaken our lives just as surely.  So, how are we to respond?    First of all, I'd like to mention what sets Christians apart. Christians believe that the God who made the world is utterly and completely sovereign over
Read more

The Power of Persistence - When There Is No Fruit 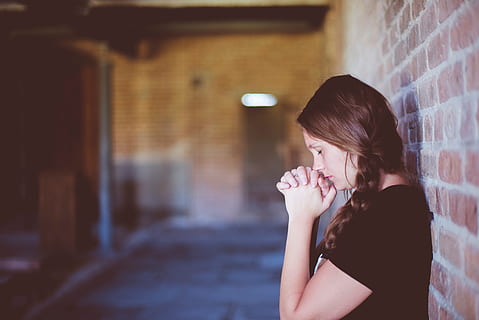 Last time, we talked about persisting in doing things that pay off . But what about things that don't?  My primary example in the article linked above was that of mountaineers climbing Everest. For them, there's an easy metric: whether or not you succeed in the climb. And with my other example, writing a book, it's even easier to track progress—just keep a spreadsheet of your word count, and then you can have pretty graphs. But what about things that are less measurable? What about things that ultimately aren't under our control?  There are some areas in my life that are a constant struggle for me, and that I need to persist in. One main one involves praying for people. It's hard to pray if you don't see any fruit, especially over longer periods of time. Often, I'm tempted to wonder if it does any good at all. If it isn't in God's plan, it's not going to happen—no matter how long I pray. And it feels like a waste of years and years of whispere
Read more

Emma Thrasher
Emma Thrasher is a 16-year old princess of the Kingdom of Heaven, whose Father predestined her for adoption as His daughter before the world had even been created. She strives (very imperfectly) to serve Him in everything she does, although she’s got a whole lot of growing to do. But He loves her, and that’s good enough.